Malaysia is one of the best options for Bangladeshi students because of its quality of education, reasonable fees, & high-ranked educational institute

Malaysia is a country in Southeast Asia. The federal constitutional monarchy consists of 13 states and three federal territories, separated by the South China Sea into two similarly sized regions, Peninsular Malaysia and East Malaysia (Malaysian Borneo). With a population of over 30 million, Malaysia is the world's 44th most populous country. The country's official language is Bahasa Melayu, commonly known as the Malay language. English remains an active second language. In 2017, English proficiency in Malaysia was ranked the 2nd best in Asia and the 13th best in the world. Evidence of modern human habitation in Malaysia dates back 40,000 years. In the Malay Peninsula, the first inhabitants are thought to be Negritos. Traders and settlers from India and China arrived as early as the first century AD, establishing trading ports and coastal towns in the second and third centuries. Their presence resulted in strong Indian and Chinese influences on the local cultures, and the people of the Malay Peninsula adopted the religions of Hinduism and Buddhism. The state that gained independence from the United Kingdom in 1957 took the name the "Federation of Malaya", chosen in preference to other potential names such as "Langkasuka", after the historic kingdom located at the upper section of the Malay Peninsula in the first millennium.

Malaysia is a relatively open state-oriented and newly industrialized market economy. The state plays a significant but declining role in guiding economic activity through macroeconomic plans. Malaysia has had one of the best economic records in Asia, with GDP growing an average 6.5 per cent annually from 1957 to 2005. Malaysia's economy in 2014–2015 was one of the most competitive in Asia, ranking 6th in Asia and 20th in the world, higher than countries like Australia, France and South Korea.

Located near the equator, Malaysia's climate is categorized as equatorial, being hot and humid throughout the year. The average rainfall is 250 centimeters (98 inch) a year and the average temperature is 27 °C (80.6 °F).Malaysia faces two monsoon winds seasons, the Southwest Monsoon from April to September, and the Northeast Monsoon from October to March.

Malaysia is quickly becoming a top study destination for students from all over the world, ranking 9th on UNESCO’s top countries for international students in 2015. Studying in Malaysia will give you a better understanding of Asia’s growing importance in today’s globalized world. 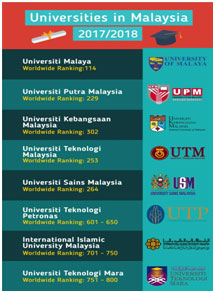 Malaysian universities are getting better and better. Our partner university Universiti Putra Malaysia is ranked as the second-best university in Malaysia (Times Higher Education 2016) and acknowledged among the top 400 universities in the world (QS World Ranking, place 376). Located in Kuala Lumpur, students gain a top-notch education and the experience of living in a modern, wonderfully varied metropolis.

SAFE AND COMFORTABLE PLACE TO STUDY-

Malaysia is a politically sound and geographically safe country free from natural disasters. With its modern infrastructure and efficient transportation system, Malaysia makes a safe and comfortable place to live and study. 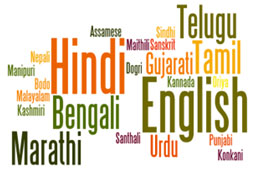 The official and national language of Malaysia is Malaysian, which is a standardized form of the Malay language. However, since the majorities of the people in Malaysia understands and speak English very well, there is no crucial need for you to master the Malaysian language. A semester or two in Malaysia gives you a great opportunity to improve your English skills. 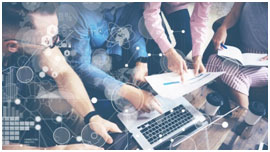 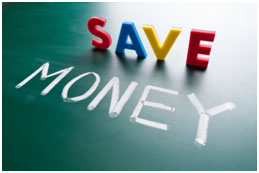 The main reason for study in Malaysia is that the tuition fees of high quality programs are very reasonable and highly affordable. The low cost of living is contributed mainly due to the ringgit value is lower compared to other currency, thus results in enormous savings by the students. A student can live comfortably for about RM 1,200 – 1,800 per month (USD 380 – USD 570 per month).

Students are allowed to work part-time for a maximum of 20 hours per week only during semester breaks or holidays of more than 7 days; in Restaurants, Petrol Kiosks, Mini Markets and Hotels as long as the Student Pass remains valid. Students are not permitted to work as a cashier. In addition, in the hotel sector, students are not allowed to work as singer, masseur, musician, GRO and other activities deemed to be considered immoral as per the Malaysian law. Application to work part-time must be made through the educational institution in which the student is studying.

After graduation, students need to apply for a work visa (which is sponsored by an employer) to work legally. International students are allowed to work in Malaysia after their graduation if they find a job. Malaysia doesn’t change the student visa into work visa and let the student find a job. 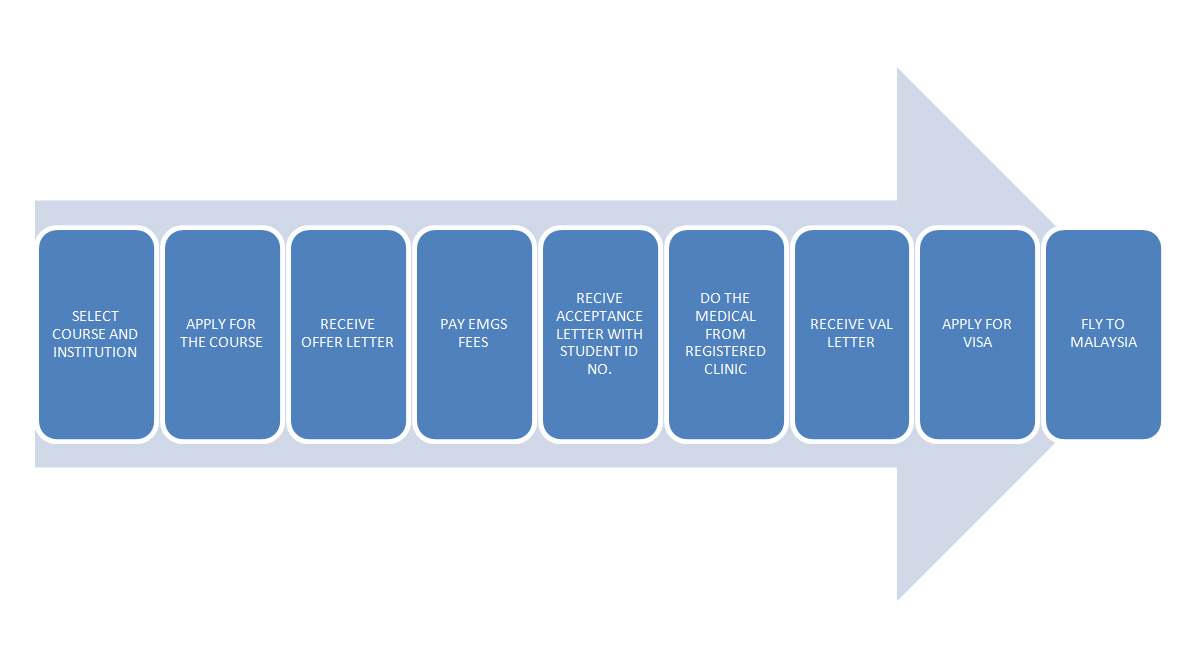 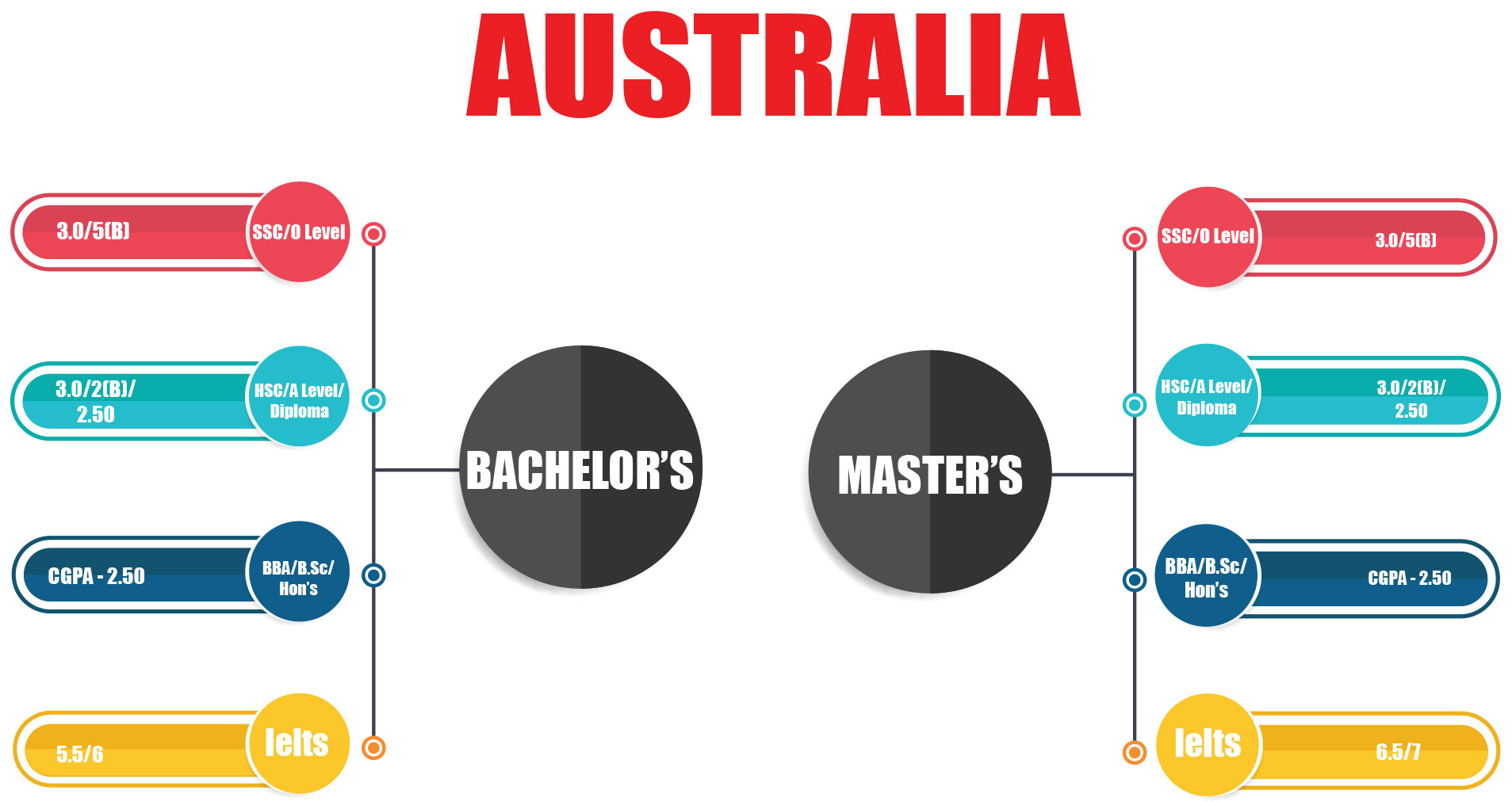 Taylor's University
About Us

The International Admission Service is here to make your college experience as easy and stress-free as possible. We do this by providing information on all the best schools, which will help you find one that fits what’s important to YOU! ABOUT US our philosophy begins with putting students first in mind. Therefore, our counselors
See more
Menu
Google Map
Social Media
Contact Us